The television program is available on You Tube www.youtube.com/andreasklamm also. PLEASE follow the link below.

The editorial offices of

Journalistin Amy Goodman liest „Standing up to the madness“ in Berlin 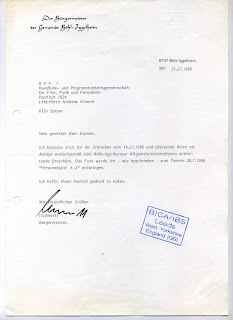 Letter of the European Court of Human Rights 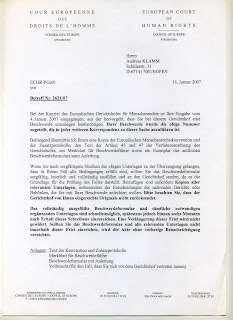 Letter of the European Court of Human Rights in Strasbourg, France to the journalist Andreas Klamm after he has made a complaint.
Posted by Andreas Klamm, Journalist (3mnewswire.org / MJB Mission News, ISSN 1999-8414) at 9:48 PM No comments:

Labels: Letter of the European Court of Human Rights

Recipients of the Right Livelihood Award have arrived in Sweden

Recipients of the Right Livelihood Award have arrived in Sweden

By Andreas Klamm from SWEDEN

New York / Stockholm, Sweden/3mnewswire.org/December 8, 2008/-- This is Andreas Klamm, journalist and news correspondent for Radio IBS Liberty from the city of STOCKHOLM in SWEDEN which is known as one the most beautiful cities in Europe.

While the entire world is watching the events about the NOBEL PRIZE this week in Stockholm, Radio IBS Independent Broadcasting Service Liberty is going to deliver news, information, photographs and a television program related with the events to the ALTERNATIVE NOBEL PRIZE as known as the Right Livelihood Award in Sweden.

A couple from India and three precious ladies which have taken part in an important role in social transformation have been awarded for the Right Livelihood Award in 2008.

The recipients of the award have arrived recently in Sweden and will be honoured tonight.

Krishnammal and Sankaralingam Jagannathan and her husband from LAFTI , India are going to receive the Right Livelihood Award ...for two long lifetimes of work dedicated to realising in practice the Gandhian vision of social justice and sustainable human development, for which they have been referred to as 'India's soul'."

Amy Goodman , one of the best journalists, broadcast journalists and authors in this world is going to receive the award "...for developing an innovative model of truly independent political journalism that brings to millions of people the alternative voices that are often excluded by mainstream media."

She is the first journalist ever, which going to receive the Right Livelihood Award as known as ALTERNATIVE NOBEL PRIZE.

Amy Goodman has been unlawful arrested while covering events related to the Republican National Convention in St. Paul, United States of America.

Asha Hagi , from Somalia will be honored "...for continuing to lead at great personal risk the female participation in the peace and reconciliation process in her war-ravaged country."

Dr. Monika Hauser, born in Switzerland which holds an Italian Passport will receive the award for "...for her tireless commitment to working with women who have experienced the most horrific sexual violence in some of the most dangerous countries in the world, and campaigning for them to receive social recognition and compensation."

The award ceremony will be held tonight in the Swedish Parliament. The ceremony will be attended by many honourable guests, Members of the Parliament and journalists from the around the world. Founder and Chairman of the Right Livelihood Award is Mr. Jakob von Uxekuell a former member of the European Parliament.

The recipients will share the PRIZE money of two million SWEDISH KRONOR or crowns, approximately about 310.000 U.S. Dollar. The money is not be used for personal purpose but to continue the work in projects of social transformation.

The Democracy Now Team will broadcast live from Sweden. For the live program go to democracynow.org.

IBS Television Liberty will provide a special coverage on television by next week on www.ibstelevision.com with LIBERTY AND PEACE NOW!

This was Andreas Klamm, journalist and news correspondent from the city of Sweden in Stockholm for IBS Television Liberty, Radio IBS Liberty and MJB Mission News.

Labels: Recipients of the Right Livelihood Award have arrived in Sweden 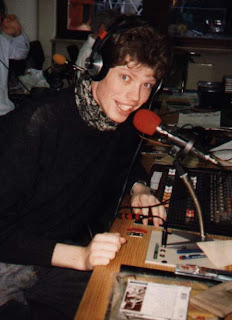 "Respect for truth and for the right to the public to truth is the first duty of the journalist.

In pursuance of this duty, the journalist shall at all times defend the principles of FREEDOM in the honest collection and publication of news, and of the right of fair comment and criticism"

The founder and director of IBS Independent Broadcasting Service Liberty, IBS Television Liberty and Radio IBS Liberty, the FRENCH - German journalist, broadcast journalist and author, Andreas Klamm (since 1984 working as journalist and broadcasting journalist, television - radio- and film producer) is a member of the International Federation of Journalists (IFJ, www.ifj.org and other national and international organizations).
Posted by Andreas Klamm, Journalist (3mnewswire.org / MJB Mission News, ISSN 1999-8414) at 11:43 PM No comments:

New York, U.S.A./(and). December 2, 2008/3mnewswire.org/-- In Bangkok Thai journalist are increasingly finding themselves caught in the corssfire between the two warring political groups and their supporters.

As the political crisis in Bangkok escalates, Thai journalists are increasingly finding themselves caught in the crossfire between two warring political factions and their respective supporters, with reports of harassment, shootings, and physical attacks targetting media offices and practitioners.

Anti-government protesters led by the People's Alliance for Democracy (PAD) have been occupying Bangkok's two main airports - the Suvarnabhumi International Airport and Don Muang Airport - for more than a week now. More than 200,000 are believed stranded in Thailand, as the protests plunge the country into deeper political
crisis and worsening economic fallout from the same.

As tensions rise, however, the media has been vulnerable and has indeed come under direct attack.

On November 24, unidentified men aboard a motorized boat along the Chao Phraya River fired grenades at the ASTV head office. Net surrounding the building fortunately deflected the grenades, which fell to the waters and exploded without causing damage or injuries.

ASTV is a satellite TV service provider owned by media mogul Sondhi Limthongkul, leader of the People's Alliance for Democracy (PAD)anti-government movement. Its security officials believe the attackers' main target were the satellite dishes on the building's roof.

Four days later, another such attack took place. The launched grenades exploded on the fourth level of the ASTV building, shattering glass windows and injuring a newscaster.

The two airports, focal points of the stand-off, are also the site of direct harassment and intimidation against individual journalists.

A photographer from the Thai-language newspaper "Thai Rath" was attacked by PAD guards at Don Mueang on the night of November 28.

The photographer, who requested anonymity, said a PAD guard struck him from behind, causing him to fall to the ground. At the time, he said he had been taking photographs of another PAD guard beating a man.

He said he was then surrounded by eight or nine guards who snatched his camera and accused him of being an imposter. More guards showed up and assaulted him further until reporters came to his aid, confirming that he was a real photographer.

In another incident, the PAD stopped reporters and photographers from covering the capture of a policeman by PAD guards at Suvarnabhumi Intenational Airport on November 30. The "Bangkok Post" reported that some PAD protesters also hurled insults at the journalists.

Reporters complained that PAD protesters videotaped them while doing their job. One PAD guard tried to see what they were typing on their computers at Suvarnabhumi airport's One Stop Service area, which has been turned into a temporary press room.
"The Nation" reported that PAD protesters also cajoled reporters to report only the good side of the PAD.

"Ban Muang" newspaper reporter Natthawut Karanyasophon said two PAD followers at Suvarnabhumi International Airport forced him to take off his white T-shirt marked with the message, "Stop Violence". The guards told him the T-shirt missed the point as only the PAD was treated unfairly.

"The Nation" said other protesters surrounded Natthawut. PAD co-leader Saranyu Wongkrachang stepped in and moved the media's work centre to another area.

Natthawut said the Thai Journalists' Association (TJA) encouraged reporters to wear the T-shirt while they covered stories at Government House to call for peace. He claimed that though he did not fear the protesters, he changed his T-shirt to avoid more trouble.

Also on November 30, "The Nation" reported that PAD guards opened fire at a TV station's OB van at Don Mueang airport, riddling the vehicle with bullet holes. The technician and the driver were unharmed.

Phanumart Jaihork, a TNN relay controller, said he and the driver were lost in the airport vicinity. They stopped at a checkpoint manned by PAD guards in front of the terminal building to ask for directions. Phanumart said he heard gunfire. The guards then told them to drive on and look for a safe place in the airport building.

However, when they passed the second checkpoint, the technician and the driver heard more gunshots, prompting them to flee from the area. The OB van, which bore the TV station's markings, sustained many bullet holes on the sides, tailgate and roof .

Still in Don Mueang, a scuffle almost broke out between AFP and local Thai media photographers and PAD protesters after the latter demanded for the cameras of the photographers after accusing them of taking pictures of a protester without his consent.

Alarmed by the series of attacks on journalists, the TJA--a founding member of the Southeast Asian Press Alliance (SEAPA)--along with The Press Council of Thailand, the Confederation of Thai Journalists, the Thai Broadcast Journalists' Association and the Association of Thai Cable Operators, issued a statement on December 1 calling on both the government and the PAD to stop violent acts against journalists and allow them to perform their duties unhampered.

"These acts are unacceptable since they obstruct the work of the media and threaten the people's right to access to information. We appeal to protestors of all sides to stop these acts once and for all," said the media groups in their statement.

The statement emphasized the need for media to stay in the middle in order to report facts as fairly as possible, "No matter how the current violence turns out, the media has a duty to report facts with balance so that the public is equipped with enough information to make its own decision."

"We, therefore, appeal to demonstrators to realize and understand the work of the media. Any group that attacks the media will not win public support," the statement added.

At the same time, the media groups advised their colleagues to exercise their journalistic duties with caution, reminding them of their duty to "adhere to their professional ethics and not allow themselves to be influenced by any particular group."

A book which will explain more:

...in the English and German language, available on www.amazon.de and in book stores. 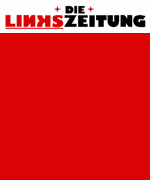 Say NO To Violence against women!